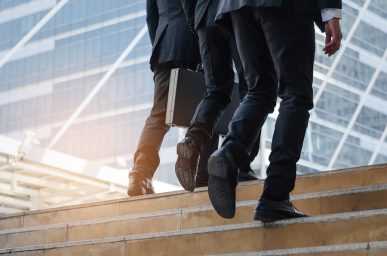 Now that the longest federal government shutdown in history is over, many are wondering what lasting effects the nearly 800,000 workers who were most directly affected will face. The answer depends on how hard their finances were hit when their paycheck didn’t come as scheduled and how much they may have had to rely on credit to get through.
The 2018 Consumer Financial Literacy Survey revealed nearly 7 in 10 (69%) U.S. adults have non-retirement savings and nearly two in five (41%) say they have a budget and keep close track of how much they spend on such things as food, housing, and entertainment. While these figures are representative of the entire adult population, we suspect the circumstances faced by government employees to be similar. Meaning, many will face financial struggles for weeks and months to come as they play catch up with their bills or work to rebuild their emergency fund.

Here’s what furloughed government employees need to know now that the shutdown is over.

The first question on the mind of most returning workers is about the flow of income, and when the paychecks will start arriving. The Office of Personnel Management (OPM) offered new guidance related to retroactive pay in a statement released January 27. OPM reported that federal employees affected by the lapse in appropriations that began on December 22, 2018, and ended on January 25, 2019, must receive retroactive pay at the employee’s “standard rate of pay” for the lapse period as soon as possible after the lapse ends. However, because the intent is to issue retroactive pay as quickly as possible, the guidance indicates that payroll providers may “make some simplifying assumptions” when determining disbursement amounts. Those assumptions could result in adjustments in future paychecks. For example, pay for overtime worked during the furlough may be delayed.

The next scheduled date for paycheck disbursement to federal workers is February 8 according to this federal payroll calendar. That leaves about a week to a week and a half between receipt of retroactive pay and resumption of regular income. The time between those two events is when the critical work of sorting financial priorities should take place, especially in situations where payments fell behind, or emergency loans were utilized.

Budgeting Back to Normal

During the furlough, financial survival likely depended on using an emergency household spending plan. Decisions were based on levels of priority, putting only the most urgent items at the front of the list. Food, shelter and vital healthcare are examples of the things people often identify as the most important financial commitments when the flow of income slows down or shuts off completely. We already know that a number of furloughed workers exhausted their emergency savings long before returning to work, which means they may have borrowed money or asked for financial assistance from their creditors.

Here are some tips to keep priority obligations on track.

The shutdown may have come to an end, but not all special assistance programs have gone away. Those who continue to struggle financially can access help throughout the year. One resource that can help tackle budget and debt obstacles is nonprofit credit counseling. NFCC member agencies serve communities throughout the country. To connect with a nonprofit financial professional with an NFCC Member agency, click here or call toll-free 800-388-2227.

View all posts
Michael Leon
Friday August 5, 2022
Resources to Make Home Ownership Affordable with Inflation and Increasing Mortgage Rates
Home ownership remains one of the foundations of the American dream, but today it requires more creativity to make it affordable than it once did. With rising ...