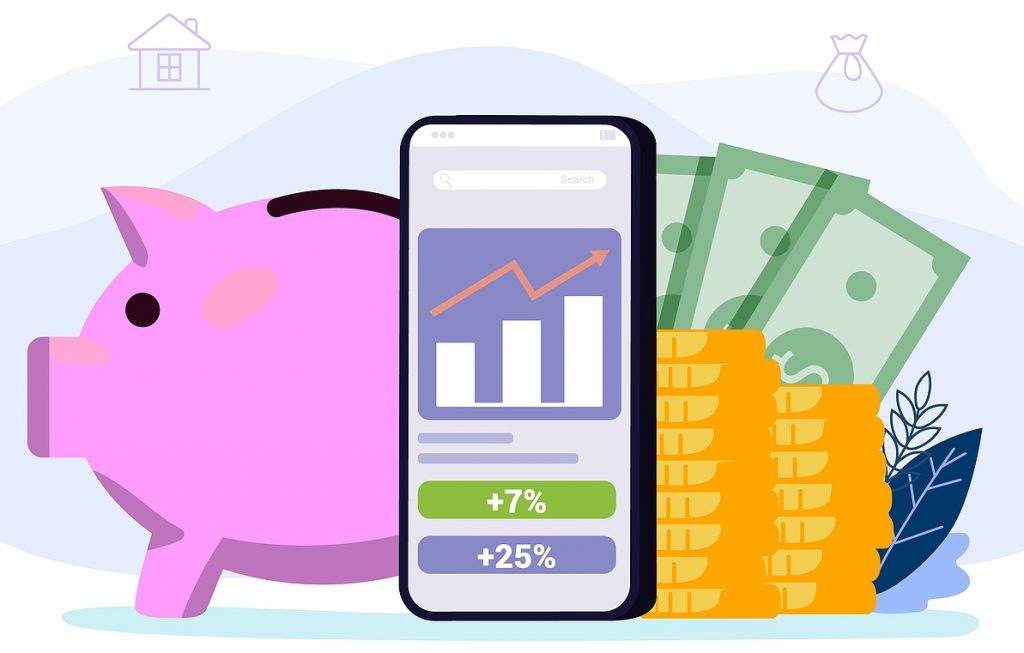 When you’re in debt and desperate to get out, a quick fix that will generate some money to pay it off can seem like a good option. As the “meme investing” craze has exploded, people who don’t usually play the stock market are jumping on board, even those currently trying to pay off debt through a debt management program.
What is Meme Investing?
In simple terms, it is an online investment driven by social media and commission-free trading apps like Robinhood, stash and Tradestation. With easy access to those apps, anyone can turn into an investor and jump on a stock that’s going viral on platforms like Reddit or Twitter rather than researching the financial promise of the company and its growth potential.
The best example is one you’ve probably seen in the news – video game retailer GameStop’s stock had record returns, surging from $19 a share to $438 a share behind a viral social media campaign in 2021. Cinema chain AMC and BlackBerry are other firms that have had significant increases in stock value stoked by viral social media attention, and even some cryptocurrencies are part of the meme stock trend.
Is it worth the risk?
According to Magnify Money, some 40% of consumers said they have gone into debt or added to their existing debt to invest. Of that group, 32% said they did it to buy a particular stock and another 31% said they borrowed to day-trade stocks. Of the investors surveyed who took on debt to invest, 65% were still paying off the debt and 63% said they regret taking on debt to invest.
Do This Instead
Risking money that could better be used to pay down debt isn’t the most productive way to tackle the problem of debt or to build long-term stability. Before risking your hard earned money while tackling debt, we recommend building long-term security using the steps below first.

The lure of quick-hit success with the stock market is tempting, especially when it’s promoted widely on social media. If you still have the itch to play the market once you’ve paid off your debt, you have an emergency fund and are contributing to your retirement, use discretionary money that it won’t hurt to lose.
Have Realistic Expectations
In reality, the cash windfall many meme investors hope to catch is hard to come by. The values of stocks driven by viral social media are volatile, and therefore riskier than traditional stock trading. Playing the stock market is a gamble. It might pay off if you sell at the right time, but even experienced traders have trouble hitting that mark. It’s not a game for people who don’t have money to lose.
When you consider it, buying meme stock based on social media tips is not so much “investing” as it is straight-out gambling. There’s no guarantee that the money you put in will increase in value, and there’s a big possibility it will diminish.
If you are struggling with debt and it feels like winning the lottery with investing is the only way to pay it off, talking to a nonprofit credit counselor could help you make a realistic plan. To schedule a session, call 800-388-2227 or fill out the form at nfcc.org/locator.
About the Author: Mike Leon is the Senior Director of Operations at InCharge Debt Solutions, an NFCC-certified credit counseling agency.

Blog / Money Management / Should You Invest in the Stock Market If You’re in Debt?

View all posts
Bruce McClary
Saturday December 17, 2022
How to Shop for Affordable Auto Insurance 
When it comes to shopping for car insurance, you want affordable auto insurance that also meets your needs. Your coverage rate depends on many factors, includin...
Sarah Brady
Saturday December 10, 2022
Do I Qualify for Student Loan Forgiveness?
If you have a federal student loan, you could be one of roughly 43 million people who became eligible for forgiveness in 2022. Thanks to the Student Debt Rel...
Sarah Brady
Wednesday December 7, 2022
Is Now a Good Time to Buy a Home?
Buying a home can be a great way to build wealth and create stability for your family. But now is not always a good time to buy.  If the housing market ...