Updated for 2020, this Survey Reveals Important Changes to the Financial Health of Active Duty Service Members and Military Spouses or Partners as well as Military Veterans

Building on its 2019 survey, the National Foundation for Credit Counseling (NFCC) has again commissioned The Harris Poll to survey active duty military servicemembers, their spouses or partners, and (new this year) veterans about their financial literacy, standing, and practices. The 2020 Military Financial Readiness Survey, sponsored by Wells Fargo, examines a range of topics and reveals unique insights about the similarities and differences between active duty servicemembers, spouses/partners of active duty servicemembers, and veterans. Comparing results to the 2019 survey reveals important trends and helps identify key challenges and impacts resulting from the COVID-19 pandemic. This survey was conducted online within the United States by The Harris Poll on behalf of the NFCC and Wells Fargo from August 19 to September 18, 2020 among 506 U.S. adults ages 18 and older who are currently active, enlisted members of the U.S. military, excluding reserve members and those in the National Guard (i.e., “servicemembers”), 254 U.S. adults ages 18 and older who are spouses/partners of servicemembers, and 516 U.S. military veterans. The Military Financial Readiness Survey press release, key findings, and data sheet are available for download below.

Survey results indicate that active duty servicemembers have been turning to payday loans at a significantly increased rate, and spouses have been hit particularly hard by COVID-19.

Active duty servicemembers are more than twice as likely to have taken out a cash advance or payday loan this year than in 2019.

Military spouses face tough circumstances, and many worry about loss of income and job security.

Of the active duty servicemembers who are married or living with a partner, 88 percent say they are the primary income earner. This is up from 80% in 2019. There has also been a directional increase in the percent of spouses who are the primary income earner, which may indicate an increase in dual-earner households. Fifty-one percent of active duty servicemembers and 38 percent of spouses report using the gig economy to earn extra income during the COVID-19 pandemic. Fifty-one percent of spouses say they are very worried about the potential loss of income and job security resulting from the coronavirus pandemic. Complications with Permanent Change of Station (PCS) moves during the pandemic may have contributed to military spouses’ employment challenges. While nearly three in five servicemembers (59 percent) said they were completely or very financially prepared for the COVID-19 pandemic, one in five spouses (20 percent) said they were not at all financially prepared. More than half (57 percent) of married or partnered servicemembers say the way they and their spouses or partners manage their finances often leads to conflict, up from 51 percent in 2019. Despite these challenges, spouses are more likely to give themselves an A or B grade on their knowledge of personal finance than in 2019 (67% vs. 54%).

There are many positive trends related to saving and budgeting.

Many remain concerned about their financial well-being, especially credit, and few would turn to military or nonprofit resources for help.

Many veterans are confident in their ability to meet financial commitments, though concerns remain.

85 percent of veterans say they pay their bills on time.

Only 19 percent feel like finances control their lives often or always, compared to 46 percent of active duty servicemembers.

Over half (55%) of veterans with personal debt are very confident they can pay off their loans according to schedule.

Only 22 percent of veterans reported any financial impacts from COVID-19, compared to 78 percent of active duty servicemembers.

43 percent of veterans have worries about their personal finances. Their biggest financial worry is saving enough (17 percent).

Less than half of veterans keep a budget (42 percent). 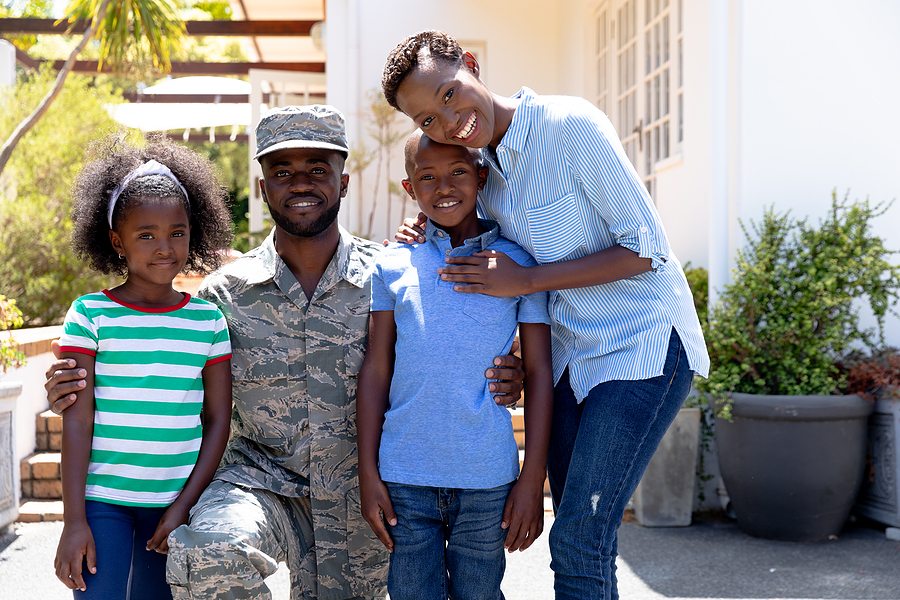